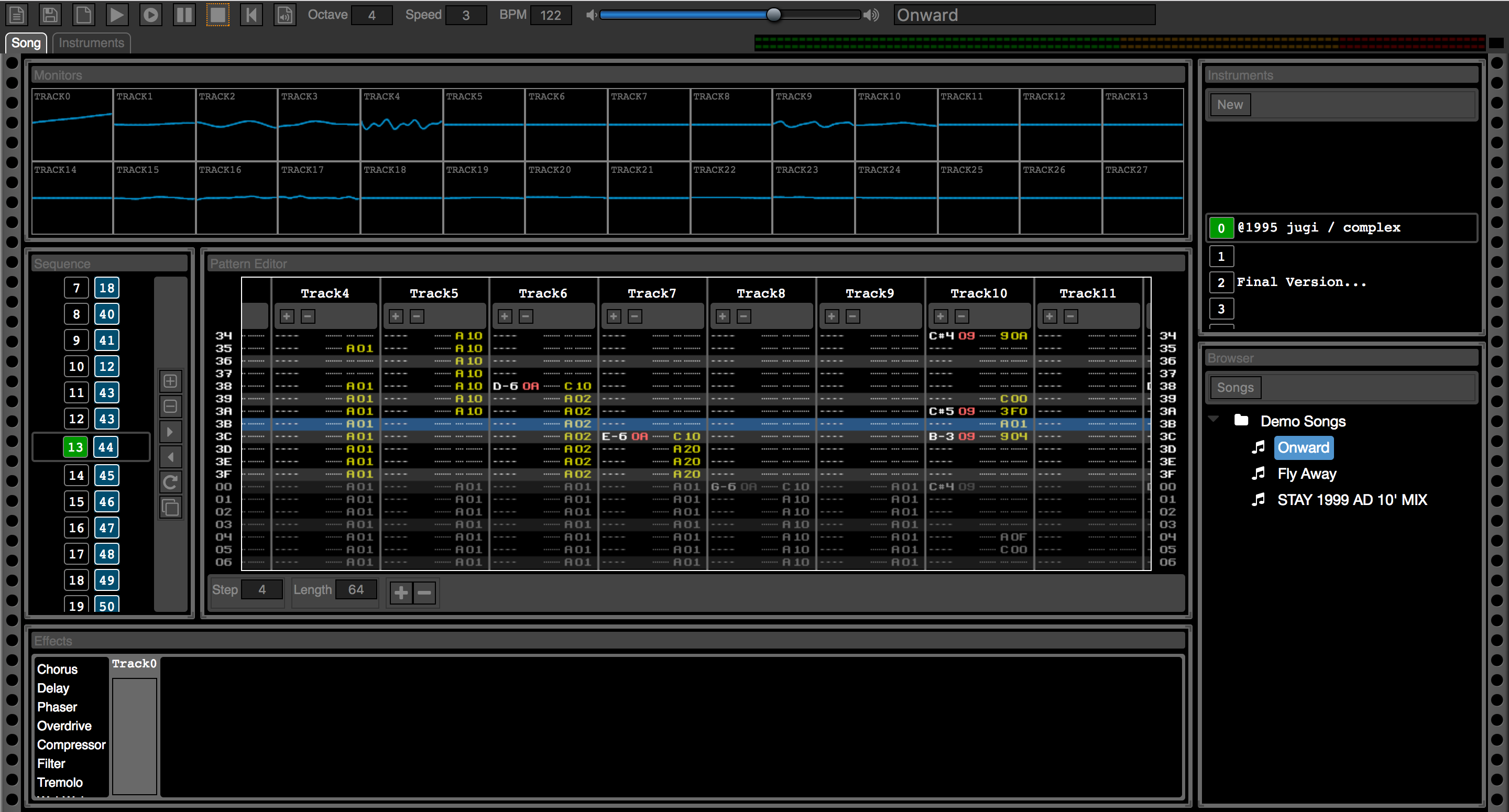 Initially starting as a fun experiment, WeTracker has grown into a fully featured music authoring tool based on the ‘tracker’ style tools of the early 90’s, often featured in the demo scene of the time.

Rather than playing .wav or .mp3 files, WeTracker works with the highly optimised FastTrackerII .mod files. Built into the software is a complete implementation of the audio rendering technique used by the tracker software of the time, which provides mixing of multiple tracks of audio, with various effects that can be applied at runtime, all built on top of the modern WebAudio API available in modern browsers.

The software in its current form is available for you to play with and have fun here, and the code is on Github here.